How Important Is Intimacy in A Relationship

WHY SEX IS ESSENTIAL FOR ANY COUPLE TO FLOURISH

We’ve all heard about relationships losing their “spark”. In fact, many of us have commitment issues simply because we fear being in a relationship where we’ve poured blood, sweat, tear and time in; and it ends up losing its “spark”. Let’s decode that term right here.

The spark is sex. It’s all the passion, physical expression of love, the zing of the honeymoon period, and just the sweet little things that you did for the person you love which made sex more meaningful.

The importance of sex cannot be made insignificant in a healthy relationship. It’s not just about bodies and juices intermingling, it’s about how celestial it has the ability to feel. It is an immensely powerful and deep form of connection and intimacy. It transcends time, body and mind. We’re not saying it’s the magical elixir for a weak or dysfunctional relationship, but what we are saying is that it helps bring couple closer in a union which is unparalleled in many ways.

So, how important is sex in a relationship? Let’s see the broad areas that sexual activity has an effect on in couples: 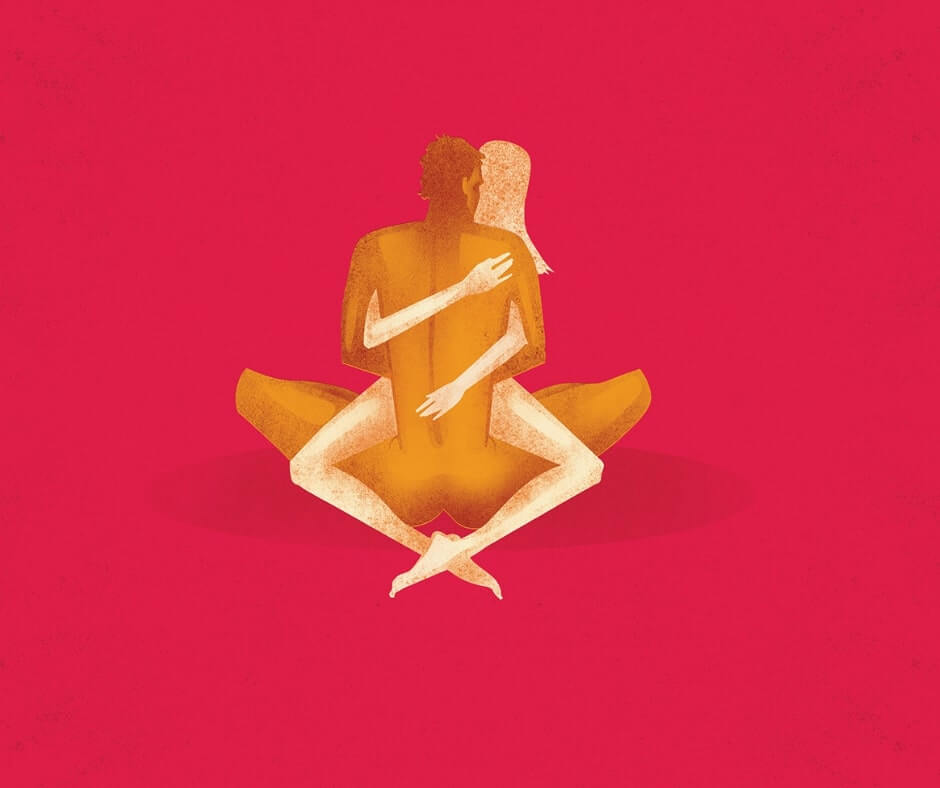 It might make you wonder – is it the sexual activity that boosts our positive emotions or the sex that we’re having with our significant other. A thorough and effective research was conducted by Anik Debrot (a postdoctoral researcher at the University of Toronto) of more than 58 heterosexual couples. Most of them averaged 25 years of age, and were married. The study lasted two weeks and the results were astounding.

It was seen that people rated the positive effect higher if they had sex in the last 24 hours. Sex predicts the expression of affection, and that affection and love, in turn, gives way to more sexual activity.

The authors analyzed, “Hence, sex seems not only beneficial because of its physiological or hedonic effects … but because it promotes a stronger and more positive connection with the partner” (p. 296). With the passage of time, these intimate experiences further strengthen the bond between partners, which, as a result, contributes to the welfare of a long-term relationship.

“when one person draws emotional benefits from sex, their partner’s relationship satisfaction is also promoted over time” (p. 296).

This research makes it easy to understand that sex is really important in promoting emotional wellbeing.

The Impact of Intimacy on Your Confidence

It is clear that sex contributes magnanimously to the emotional health of the partners. It also bolsters the confidence of the man and the woman. When the sex is great between the couple, Sandor Gardos (an acclaimed sex therapist) commented, “When things go well in bed, you feel more confident and powerful in other parts of your life.”

You naturally feel like you can conquer the world because of how bright you feel on the inside and how daring you feel overall. And, who can deny the after-sex glow? It encourages a sense of being desirable, attractive, confident and proficient. Our thinking becomes a lot more optimistic and it pours into our personal lives. A higher level of intimacy because of the elements of love in physical contact make our bodies produce high amounts of oxytocin which is the chemical our body releases during kissing and sex.

The need to bond and be engaged in a union where we naturally want to cuddle and hold our partner ascends. It proves that having sexual relations with someone you’re not in love with might just be pleasurable but if it’s not appeasing the emotional desire that is innate, then it’s better to save it for someone you’ll care about.

Behind every successful relationship, is an active sex life. Sex is important in long-term relationships, but it’s a million times more important in marriage. Married couples laid emphasis on the importance of sex in their union because it bolstered the intimacy that both people needed for them to be successful in other aspects of life, and as a couple.

The love and sex is equally needed because of the chaotic life which most couples undergo when we consider their social engagements, financial responsibilities, work stress, and maybe even raising a child. If that stress isn’t subsided through the urge for sex, it could lay waste to the collective health of the couple. Besides, everything would just feel like a roommate partnership than a marriage.

There’s a lot of depth that goes behind saying good sex can mean a good sleep. When your sex life is active, your outlook becomes a lot more youthful, your diet becomes more lean, and you pay attention to the amount of exercise you do daily.

It was found that people who have sex regularly produce an antibody called immunoglobulin A (IgA) at a higher than average rate. Why is IgA important? Research at Wilkes University in Pennsylvania showed that IgA combats disease while making sure the body steers clear of any flu or cold.

A stronger immune system boosts better sleep and with the production of oxytocin during orgasm, you and your partner are going to be in an unparalleled peaceful sleep. It also helps with pain control. Another study suggests that sex can even stimulate drowsiness, enabling you to sleep well.

A lot of people marriages are based on “how important is sex to a man in a relationship?” when in reality, it is essential for all genders, not just the male. It is not just entirely for medical reasons that you and your partner need to engage in sexual intercourse. Rather, it is the physical, spiritual and emotional closeness you both feel after the celestial sexual experience you share together… the utter union of two souls into one body.